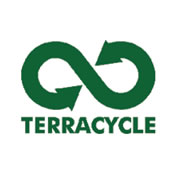 VICIOUS STYLES CREW or VS CREW for short are a nationally known graffiti collective founded and based in Trenton, NJ.  VS Crew has produced numerous graffiti productions throughout the East Coast and annually hosts New Jersey’s largest Hip Hop festival, THE JERSEY FRESH JAM.  VS Crew boasts membership across region and has a strong presence in every aspect of the graffiti movement.  With a solid roster of talented artists, this crew is building a profound legacy to last and inspire many generations to come.